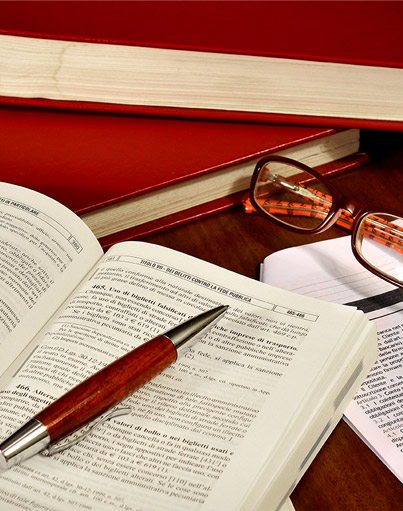 Appeals are our bread and butter. Appeals differ from trials. In a trial, the jury decides the facts; in an appeal, a panel of judges (“justices”) decides the law. Appeals do not involve fact-finding beyond that performed at trial; the justices review documents, including trial transcripts, to determine whether there was legal error. In contrast to trials, appeals are mostly decided on written briefs. There may be oral argument, but almost always the appellate panel already has drafted its opinion.

What is an Appeal?

People who lose their case in court may file an appeal to a higher court for a review of the decision. The higher court reviews the case for any errors that might have affected the outcome. Parties may not present new evidence.

Can My Case Be Appealed?

Both criminal and civil cases can be appealed. Either party (plaintiff or defendant) may appeal in a civil case, but except in limited circumstances, only the defendant may appeal in a criminal case. If a defendant is acquitted, the prosecutor may not appeal. Appeals generally assert (1) there was prejudicial (harmful) error; and/or (2) there was insufficient evidence for a reasonable trier of fact to reach the decision, which was thus unreasonable as a matter of law.

There are appellate courts at both the state and federal level. These appellate courts consist of a panel of judges, not a jury. Once an appeal has been filed, the case goes through several steps before a decision is made:

How Long Does an Appeal Usually Take?

Appellate courts must issue a written opinion within 90 days of argument (or when the argument could have been held) or else they do not get paid! But there is no deadline for holding oral argument, so appeals can take as long as a year — or more.

Do I Need an Attorney for My Appeal?

Even though you don’t need an attorney to file an appeal, it will help to have one. Appeals can be complex, and knowing what to do — and when — can be challenging. You will benefit from hiring an experienced appellate attorney who is familiar with the process in California to help you file your appeal.

Get Help from an Experienced Appellate Lawyer

Mitchell Keiter with Keiter Appellate Law is certified as an appellate specialist by the state of California and has participated in approximately 600 appeals, in both state and federal court. Contact us today to get help with your appeal.